Smartphones and the “Bewildered Herd”

Have you watched the documentary Requiem for the American Dream: Noam Chomsky and the Principles of Concentration of Wealth and Power? This post and the title won’t make a lot of sense to you until you do. It’s the 9th principle that prompted this post. That and a little road trip I’m planning.

In preparation for the trip, I purchased a membership with the Canadian Auto Association [CAA] so that I don’t have to worry if anything goes wrong with my car on the trip. All I needed, then, was a way to phone CAA in the event that something did go wrong. A friend gave me her old flip phone as she’d just bought an iPhone. Perfect. I’d simply get a Sim card for it and put some money on it and I’d be all set for the trip. So I went to the mobility store in town to get this done.

There, I learned that this particular flip phone would soon be unsupported by the networks and nobody knew exactly when that would happen. I was told I could pick up a cheap flip phone and put a plan on it for as little as $25.00 a month. Wait, I thought. If I’m going to pay monthly anyway, maybe it was time for my foray into the world of the smartphone. A friend I walked with that evening suggested I buy an older iPhone so I could pay less for it but if I was going to buy one, I wanted the latest iPhone. Maybe I’d even wait until the next model came out.

I did not want to be locked into a contract. I wanted to own my phone rather than to pay on it each month. So that night I opened my laptop and went to apple.ca to check out the prices. I learned that a new iPhone costs $899.00 CAD. This was the price of the one with the smaller, 4.7-inch display with the (minimum) 32 GB and it didn’t include a protective case, or Applecare, or tax which alone would push the cost to over $1000 and I’d still have to buy the monthly plan for it. I shut my laptop and went to sleep.

Did you ever wake up feeling angry? The next morning I did. Over one thousand dollars for a smartphone? It just felt wrong. I didn’t realize, at first, that what I was feeling was tied to the documentary I’d been watching. I had not yet acknowledged my membership in the “bewildered herd”. It was the $1000 price tag that was responsible. I would have completely missed it if the iPhone had cost just a little bit more than an iPod, as I’d assumed it did.

I thought about all the people I knew who had smartphones. I thought of their young children who all sported smartphones. I thought about university students all over the world who’d arranged for money to be withdrawn from their bank accounts every month for the convenience and fun of having a phone in their pocket or purse. When I lived in a university residence, there was a phone in the hall that I shared with four other girls who lived on my floor and I was luckier than most students who shared one phone with fifteen or twenty others. I survived. Seems I didn’t need a phone in my pocket when there was one in my dorm. And yes, I know times have changed, but have they changed for the better?

I work at home. There is a phone here: Do I really need a smartphone to take with me from A to B when Wifi signals are available nearly everywhere and I can message email, and Skype with my iPod? But there were bigger questions; I was distracted from my personal query by three disturbing thoughts.

Think of the advertising campaigns of the past aimed at encouraging the purchase of cigarettes, something else we decidedly did not need. Smartphones are ever-present in television and movies; manufacturers don’t even need to put them in commercials anymore. The shows and movies do the work the advertising agencies used to do–without cost–perpetuating the message: It’s cool to have one; everyone has one. Chomsky calls it, the 9th principle, “manufactured consent”.

I’m not saying that smartphones don’t have value, or that they’re not fun to use. I’m saying we don’t need them. The arguments rising in you for why we do need them today simply prove my point: what began as conspicuous consumption of a pretty cool toy has become a necessity. How can something that has only been in our world for the past seventeen years be essential to living a good life?

We stopped thinking for ourselves. We let other people do that for us. We are constantly subjected to this influence via mainstream and social media which tells us about all the things we need to buy to lead happy lives. But do we need all these things?  When did we abandon the practice of using common sense in the process of living our lives?

It’s an expensive need we allowed ourselves to be talked into. Like the smoking habit, your smartphone addiction will cost you over and over again; even if you own your phone, because you continue to pay for the privilege of using it. And within a couple of years, peer pressure (and new apps that don’t work with your current model, or shiny new options that come with the newer model) will cause you to open your wallet to pay again to upgrade to a new model.

Before you share your thoughts, and I really want to hear them, please watch Requiem for the American Dream so you can add that perspective to your own. It’s important because as the cartoonist Greg Larson suggests here, “We don’t HAVE to be just sheep!” We can do so much better.

Scroll down to share your thoughts.
But first, please share! Thanks!
Previous: Optimist, Pessimist, Realist; Which One Are You?
Next: Community and Propinquity 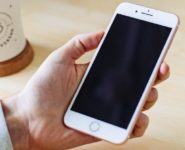 Is Technology Tearing us Apart? 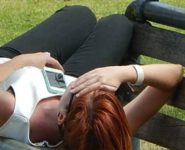 Is Technology Causing a Disconnect in our Culture? 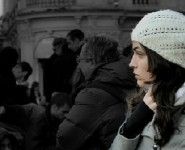 Is Technology Making Us Antisocial? 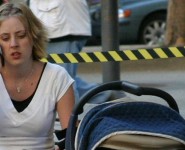 Do You Suffer from Nomophobia?