Do You Feel Guilty When You Say No?

Have you read that classic work on assertiveness;  When I Say No I Feel Guilty? It was published thirty-six years ago and is still ranked highly in the self-esteem category at amazon.com today.

Two year olds know how to say no, and they say it with alacrity! They are mimicking their parents, who too-liberally use this word at this active phase in their development. So we were OK with saying no at the age of two. What happened?

Social conscience happened, I think. Empathy happened. We don’t like to say no because we don’t want to hurt someone’s feelings. Funny thing about that – we prefer to be hurt ourselves rather than hurt someone else. When it comes to a choice over their feelings or ours, if not hurting them is our choice, then hurting us is as well.

Take those phone calls you get from telemarketers. I hate those calls, not so much because they are bursting into my life, interrupting arbitrarily what I am doing (and sometimes this interruption is serious – they interrupt my nap!) What bothers me is the scripts given to telemarketers;

So I have two choices, neither of them comfortable to me. I can listen until they have come to the end of their script and allow them to eat up my precious time, or I can interrupt with my “no”, as politely as possible, and hang up. I’m getting better at the latter, saying, “I’m not going to waste your time, I’m not interested.”

It’s trickier when it’s a person to person “no” to someone you care about. We don’t like to say no. Why is that? Is it just me?

How do you say no? Do you ever say yes when you really want to say no?

Scroll down to share your thoughts.
But first, please share! Thanks!
Previous: Does Travel Set You Free?
Next: Past, Present, Future: Where Do You Spend Your Time? 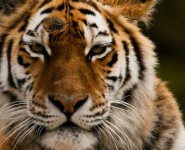 Fight or Flight: How Do You Handle Confrontation?