Fight or Flight: How Do You Handle Confrontation?

I wasn’t very assertive in the past. I never enjoyed confrontation (does anyone?) so I avoided situations which would have challenged me to confront. I’m much more assertive today than I used to be but I’m not sure how it happened. It’s something I’m recognizing in retrospect, as in, “Hey – I really held my ground back there!”

For instance, recently I made a phone call to place an order for the cords for our Terra Cotta Pendants. I had a credit with the company for two spools of cord because there had been a problem with two spools in the last batch we ordered. The company had offered to mail the two spools right away but I said they could just wait and include them with our next order.

When I told the customer service representative about this and asked for the two spools to be added to my order the fellow looked at my file and said we had a credit for $36.00. The problem was; I had purchased those two in a bulk order which had given me a discounted price but now I was placing a smaller order which meant I would get the regular price and $36.00 was not going to give me two spools at the regular price.

Twice, as I continued to insist, he left the phone to consult someone in the accounting department. Finally he came back to the phone and explained what they were willing to do for me. He was in fact telling me I could have the two spools free but he said it in such a convoluted way that he earned my polite-yet-firm explanation (rant? nah!) about how long we had been with the company etc. etc. etc. before he found a way to explain it more clearly.

I felt good. I hadn’t backed down, but I hadn’t been obnoxious or even loud about it – just firm and insistent.

Are you assertive? How did you learn to be? Have you ever had to raise your voice or leave your comfort zone to drive home your point?  Fight or flight: how do you handle confrontation?

Scroll down to share your thoughts.
But first, please share! Thanks!
Previous: What Would You Do?
Next: What Does it Mean to be Charitable? 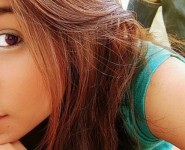 Do You Feel Guilty When You Say No?