Do You Know the Secret?

“You do not need to make anything happen in your reality,
nor do you have to wait for the universe to make it happen.
All you have to do is align with the reality,
like jumping into a parallel universe,
where what you want has already been orchestrated.”
~Melody Fletcher

I read this quote on Melody’s blog recently. I had followed a link from one post to this one and it left me deeply impressed.

Later when I was in the waiting room of the ophthalmologist’s office I decided to experiment with the idea. I aligned with the reality where everything about the appointment was okay, where I felt really good. Then, minutes later, I experienced just that. Before I’d arrived at the office I had resigned myself to the fact that after I’d seen the ophthalmologist I’d have to make an appointment with the optometrist because I was likely going to need glasses. But no! The ophthalmologist said I didn’t need corrective lenses! This was an outcome even better than what I’d imagined!

I felt empowered by this experience and wanted to try again.

I was reaching for the phone to call my stylist to schedule a hair appointment. I wanted the appointment to occur within nine days, the closer to the ninth day the better but this was short notice and my stylist is always fully booked. So I aligned with the reality where he had a perfectly-timed cancellation It turned out he had just gotten two cancellations; one on the following night and another one – in eight days.

“Align with the reality…where what you want has already been orchestrated,” sounds very much like, “Act as if,”  and this quote from the Bible, “Whatever you ask in prayer, believe that you have received it and it will be yours.”  This explains the power of setting an Intention.

As Melody suggests in the post it lines up neatly with quantum mechanics. We can call it “positive thinking” as introduced by Norman Vincent Peale or “the power of your subconscious mind” as explained so well by Dr Joseph Murphy. So many ways to convey a message (a secret?) which has been delivered for thousands of years!

And I’m just really getting it now! What fun!

Are you familiar with The Secret in any of its many forms, including the Law of Attraction that Melody writes so well about? Do you use it to deliberately manifest things in your life?

Scroll down to share your thoughts.
But first, please share! Thanks!
Previous: Do You Believe in Yourself?
Next: Are You Normal? 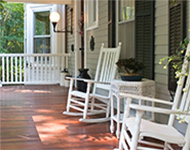 4 Minutes and 9 Seconds that Can Change Your Life 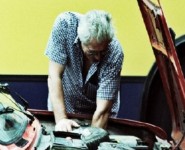