What Do You Say to Someone Who is Grieving?

Rather than saying “How are you?”, an impossible question to answer when you are grieving and, usually occurring  too early in an encounter to generate an authentic response, say, “How are you holding up?”

Don’t prophecy with “It’ll get better” or, worse, “You never forget.”  Keep those thoughts to yourself.

Rather than saying, “Call me anytime if you want to talk,” put a note in your calendar and make the call yourself. It’s when I am at my lowest times that I may want to talk to someone but those are also the last times when I will pick up a phone.

Don’t make promises to visit, or to call. It’s not everyone who can handle being around someone who is grieving. You don’t know that you will be able to keep that promise.

Instead of asking, “How was your Christmas/Easter/Insert-any-major-event-here?” say, “You got through________. That can’t have been easy.”

Don’t say, “How did it happen?” Say, “Tell me about it.” This allows them to select the narrative. A little of the burden is lifted with each re-telling of the story.

Say, “Is there anything I can do with you?” Note: not “for you” but with you. Maybe they would appreciate company when going to the bank or to see the lawyer.

Say, “I can’t imagine what you must be going through…”

Say,“I was remembering the other day how he…”

Say, “I want to propose a toast…” or mention his name during Grace. Trust me; this one means a lot.

Last Friday I was making a purchase at the store of a friend. As I was reaching into my purse for my wallet I said, “I have a harder time on Fridays because it was on a Friday that Alex died.”  I felt her hand touch my arm and immediately regretted having said it. She was silent and when I looked up I saw that her eyes were teary. She hadn’t said a word yet I left her store feeling less alone.

What would you add to the suggestions above? What should you say and what shouldn’t you say to someone who is grieving?

Scroll down to share your thoughts.
But first, please share! Thanks!
Previous: Are You Trying to Change Your Life?
Next: The Inspired Life of a Blogger 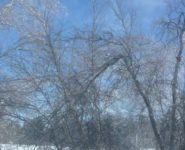 What Do You Do When Someone Loses Someone They Love? 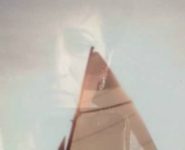 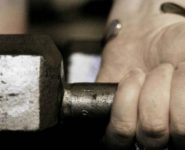 The Power of Stubbornness 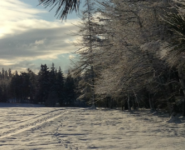 What Colour is Your Lifeboat?

Tags: death, grief, what to say