How do You Feel About Public Displays of Affection?

Stacey is a regular here at Life, for instance. Today she introduces an interesting topic for discussion; Public Displays of Affection! Let’s talk about it. Take it away Stacey!

A while ago, we had a post at LFI about hugging and a great discussion about it. I am most definitely in the ‘hugger’ category.

I hug everyone!  I hug when I say goodbye to my family (which is probably relatively common), but also when I say hello or goodbye to friends (even though I’ve seen them only recently). I hug the new friend I met to ‘welcome’ them.

Beyond friendly hugging…public displays of affection between two people in a relationship can be awkward for others around them. I’m talking about the couple on the bus where literally his hands are practically in her shirt, or the couple where one is sitting on the other knee (yet there are plenty of seats around), and they are behaving like they are on their own couch at home.

It makes me uncomfortable, and I am a pretty forward, liberal person. I do not shock or get uncomfortable very easily.  So when there is a couple who is publicly embracing in such an affectionate manner, I realize that it must really be bothering the majority of the other people around.

As a teacher, I have found that the students are quite well-behaved. I can count on one hand the number of times I’ve had to speak with students about too close proximity or inappropriate touching, and this was generally on a dark dance floor.

When did it become acceptable to maul one another in public?  And is it really acceptable? Apparently it is, because other than in a school setting, I’ve never verbalized my dislike of others displays of affection.  And isn’t behaviour we ignore, behaviour we condone? Is this why it’s more rampant today?

How do you feel about public displays of affection? Do you think we’ve gone too far in this? How much is too much; where do you draw the line?

Scroll down to share your thoughts.
But first, please share! Thanks!
Previous: What if Life is Just a Dream?
Next: What Makes Someone a Hero? 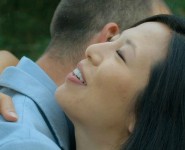 Are You a Hugger?