We were vacationing in our summer place and my cousin told me her granddaughters were coming for a visit. I was especially excited to meet one of the girls, we’ll call her Sarah. You see Sarah, according to her grandmother, has an imaginary friend.  Her grandmother chuckles as she regales us with stories of this magical four-year-old but I’m not laughing. I’m intrigued.

Years ago I was there spending an afternoon with my little niece. We decided to go for a walk into the forest and came across a beautiful green fern on the forest floor. I bent down and put my hands behind the leaves saying, “Some people can see the energy around plants.” She studied it, nodded her head and said, “Yep! I see it.” My head snapped up. She was studying the fern – looking at the energy. She could see the energy around me too. She liked to draw so I asked her to draw a picture of what she saw and she drew the lines of the energy she had seen. She was seven years old at the time.

These children could see things the rest of us weren’t able to see. I wondered if all children had such experiences which were disregarded by their parents and faded away over time. I knew the window of time during which they would believe it themselves was closing fast and I wanted to help keep that window open. [Are you thinking of Polar Express? Yes, a little like that, only this isn’t fiction.]

I didn’t see little Sarah again until four summers later.  She hadn’t lost her magic. We talked as we sewed together on my porch. She seems as drawn to me as I am to her. I encourage her to talk but she doesn’t need any encouragement. She believes she is an angel and I know she is, if in only one sense of the world. “I can’t talk to my friends about stuff like this,” she says.

My niece is now nearly sixteen years old. She still sees energy and takes it in stride. Once I asked her to watch and report what she saw as I did a QiGong healing technique I’d just learned. What she saw affirmed what I felt with my hands but had to rely on imagination to believe. I hope she never lets her gift go. I’m excited to watch her life unfold.

Have you ever been around a magical child? Did you have an imaginary friend when you were small? Do you believe what they say they see is real?

Scroll down to share your thoughts.
But first, please share! Thanks!
Previous: Are You a Perfectionist?
Next: How Do You Deal With Life’s Lemons? 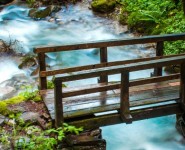 How Does Life Support You? 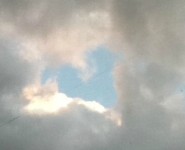 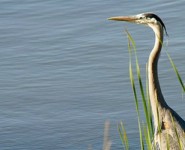 Do You Recognize the Magic in Your Life?

Tags: magic, what is real