Without This Factor You’re not a Community

This is the fourth in a series of articles about community building.  We’re talking about collaboration, the guardian of authentic community.  Like the Shared Leadership factor we talked about in the last article, Collaboration is an integral component of community.  Settle in and share your thoughts!

The greatest collaboration I have ever experienced was with my family, the team that built our business, Terra Cotta Pendants.  Natasha was sixteen, and Alex was fourteen in the summer of 2003 when we conceived of a business the family could build and work together.  Over the next few months, with a productive and energetic exchange of ideas among the four of us, we worked to give birth to a business that has been supporting us ever since.

I’ll admit that I was a little nervous when Alex volunteered to make the website, and I was apprehensive when it was time to launch it.  (How did one put a site “up there” and how did my fourteen-year-old son know how to do it?)  Natasha’s contributions were essential as well:  She was the first to work with the clay, she improved the packaging and designed some of the pendants.  My husband bought and repaired a used kiln and mastered something he’d never done before in his life; working with clay.  It was a huge learning curve for all of us.  It took a team of four to cover all the details, so none was missed.

Community is all about collaboration and with collaboration comes the most beautiful part of all: consensus.  Consensus means we are all in agreement with a course of action.  When a group of people has become a community, they have the ability to come to a consensus.  They do not have a leader who calls the shots but rather they are a group of all leaders who collaborate to draw on the gifts of those present.  The members of a community have learned to communicate together so effectively that they can come to a consensus on even difficult issues.

I first learned about consensus from Scott Peck’s The Different Drum.  One day, overhearing my children and their neighbourhood friends arguing in the back yard, I thought I would see if young children could grasp the concept.  I called them up to the porch and said, “We’re going to play a new game! It’s called “Consensus!”

I picked up a toy and dubbed it the “Talking Stick”.  I told them that only the person who was holding the Talking Stick could speak.  Each person would have a turn with the talking stick and while they shared their thoughts and feelings the others had to listen so well that they could ask a question.  The final rule was that no one could leave the porch until they all come to a decision with which everyone was in agreement.

They mastered the game!  Consensus became their method of solving disputes among them.  And if children under eight years old can agree on what game to play by using consensus then adults can use this tool to communicate respectfully and effectively to solve the global issues we face.

Scroll down to share your thoughts.
But first, please share! Thanks!
Previous: Are You a Leader?
Next: Riddle – Where is the Most Fun Place in the World? 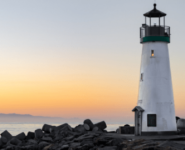 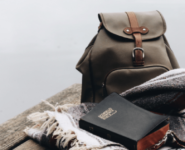 What Makes a Great Leader Great? 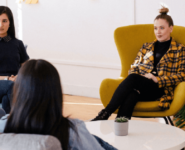 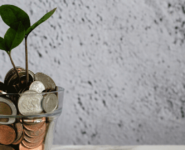