Sometimes I think the secret to success in anything in life is quitting!  So often it’s only when I’ve given up all hope of achieving something that I see results.  I’ve seen more mountains move after I gave up trying to move them.  Let me share two stories to explain.

I was working on a project- a big project.  It was exciting and I had high high hopes for it.  It started out strong; boding well, but after a while it slowed up and eventually stalled.  Not to be deterred I came up with another idea and pitched it to the ones who could help.  I was turned down.  It was impossible, she said, it couldn’t be done.

So I gave up.  There was nothing I could do but give up.  I thanked her in an email and went to have a nap.  (It’s tiring work trying to make things happen!)

When I awoke from my nap I saw a response to my email.  She had an idea!  She had found a way and we were back in business!

My son has been the webmaster for our family business, Terra Cotta Pendants since we started in 2003.  I watched over his shoulder as he designed the site and as he made changes, picking up as much as I could about coding.

He’s away at university now so I take care of the site myself but once in a while I have a problem I can’t seem to solve.  So I email him.  A funny thing happens then.  As soon as I give up and ask him for help I find the solution.  Nearly every time!

Now I realize that what I’m talking about is “letting go.”  I don’t need to point out that I’m not good at letting go.  It takes a lot for me to let go.  I’m learning.  I’ve set the world down.  I’ve stopped jumping in and offering help to unsuspecting strangers.  All I know is; recently I’ve been quitting/letting go sooner and that’s been yielding positive results.

We may not let go as often as we should because it feels like quitting.  But what’s so bad about that?  Sometimes you have to quit in order to begin something new.

How do you tell the difference between letting go and quitting?  Have you ever seen positive results in something in your life after you quit?

Scroll down to share your thoughts.
But first, please share! Thanks!
Previous: The Key to Creating Fortunate Coincidences
Next: Are You Drawn to the Water? 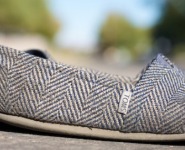 Do You Wait for the Other Shoe to Drop? 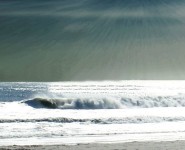 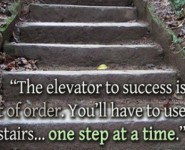 The Key to Success: Discovering Your Success Process 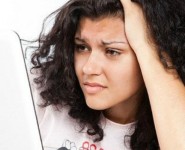 Do You Have Days When You Want to Quit?